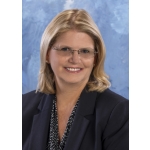 This study evaluated the extent of damage to the liver DNA of harbor porpoise due to exposure to persistent organic pollutants (POPs) and polycyclic aromatic hydrocarbons (PAHs). DNA damage was quantified as bulky aromatic/hydrophobic adducts in liver DNA by 32P-postlabeling. Further, the study sought to correlate the presence of liver DNA adducts with liver pathology. The authors expected female porpoise to have less DNA damage than males because POPs are transferred to their offspring during lactation. Older animals were expected to have more liver DNA adducts than younger animals, based on the idea that DNA repair may become less efficient as animals age.

In their Editor’s Choice article, however, Acevedo-Whitehouse and colleagues report several observations and conclusions contrary to original expectations.  Interestingly, no difference in DNA adduct level related to porpoise gender was observed and significantly greater levels of adducts were found in the liver DNA of young porpoise relative to older individuals. This led the authors to postulate that the hepatic enzymes needed to metabolize contaminants may become less efficient in older animals, thereby limiting exposure to the DNA reactive metabolites of the environmental contaminants. In addition, a positive correlation was reported between DNA adduct levels and proliferative liver lesions in animals that were not infected by liver flukes, suggesting that pollutant- induced DNA alterations can lead to sublethal hepatic damage. Most importantly, this Editor’s Choice article, demonstrated that pollutant-induced DNA damage is widespread among harbor porpoises from UK waters.  Environ. Mol. Mutagen. 59: 613-624, 2018. © Wiley Periodicals, Inc.