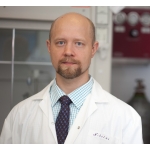 The application of in vitro transcriptomic biomarkers for chemical screening and predictive toxicology is viewed as a powerful approach to efficiently extract toxicologically relevant information from complex transcriptomic data sets. The most robust biomarkers should yield highly concordant results across a diverse array of transcriptomic platforms and analytical pipelines. One such biomarker that has been widely discussed is the TGx-DDI biomarker, which predicts the ability of an agent to induce DNA damage in p53-competent human cells in culture based on transcriptional patterns of 64 genes. In the December 2018 issue of Environmental and Molecular Mutagenesis Chris Corton from the US EPA, and Andrew Williams and Carole Yauk from Health Canada, demonstrate how a novel analytical approach for the TGx-DDI biomarker can be applied to large databases of transcriptional signatures to rapidly identify potential genotoxic agents. In the paper, the authors analyzed the accuracy of genotoxicity prediction by applying the Running Fisher Test to a set of toxicogenomic data sets in Base Space Correlation Engine. First, the average fold changes of the TGx-DDI biomarker genes across a training set of transcriptional profiles of 13 DNA damage-inducing (DDI) agents versus matched controls in human TK6 cells were derived. This expression pattern was then used to mine the BSCE database for correlated expression profiles in human TK6 and hepatocyte cell lines using the Running Fisher test. This enabled an assessment of the predictive capacity of the biomarker across a broad range of in vitro models, exposures, and transcriptomic platforms. The authors found that this approach could be successfully used to differentiate DDI and non-DDI compounds in TK6 cells and metabolically competent hepatocyte cell line HepaRG, across a variety of expression analysis platforms, with an accuracy of over 87%. They also found that the accuracy of prediction in HepG2 cells or hepatocytes derived from embryonic stem cells was much lower (60 and 80%, respectively). From the analysis of 36 data sets in which there was known DDI, it was found that at least 10 overlapping genes were required for a positive correlation between the TGx-DDI biomarker and a given data set, but there were usually over 30 overlapping genes. Not all genes contributed equally to positive correlations, with specific induced genes (e.g., CDKN1A) playing a major role in the correlations more frequently than inhibited genes. Overall, the paper demonstrates the utility of the TGx-DDI biomarker to accurately classify DDI agents, further supporting its wide adoption.