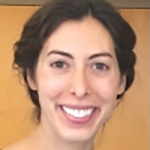 Often referred to as “the powerhouse of the cell,” mitochondria are the cellular organelles responsible for generating cellular energy in the form of adenosine triphosphate, or ATP. Because the ancestral mitochondrion was a bacterial cell that was engulfed by another cell, mitochondria contain their own DNA molecules, distinct from nuclear DNA. Mitochondrial DNA structure and function reflects its bacterial origins; mitochondrial DNA is a circular molecule that encodes polycistronic transcripts, the DNA is organized into simple nucleoprotein complexes, rather than the complex chromatin structures observed with nuclear DNA. However, because the nuclear DNA encodes the majority of mitochondrial proteins, and because the cell relies on mitochondrial function, effective crosstalk between these compartments, including responsive transcriptional regulatory circuits, is critical to cellular homeostasis.

Overall, Dr. Prakash’s team has synthesized an important body of work that will inform the research community about the current state of knowledge, as well as critical knowledge gaps, in the area of environmental influences on mitochondrial DNA.