The EMGS has a long and notable history, starting with its founding in 1969 by such distinguished scientists as Drs. Alexander Hollaender, Joshua Lederberg, James Crow, James Neel, William Russell, Heinrich Malling, Frederick J. de Serres, and Matthew Meselson, among others. The society was founded to provide a forum for the establishment and support of scientists in the field of environmental mutagenesis. Although the initial focus was on germ-cell mutagenesis, the interests of the society soon expanded to encompass all areas of mutagenesis, including mutational mechanisms, development of test methods, molecular epidemiology, biomarkers, and risk assessment. Some of the accomplishments of the EMGS are described below. 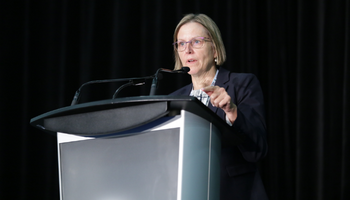 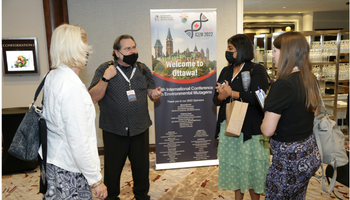 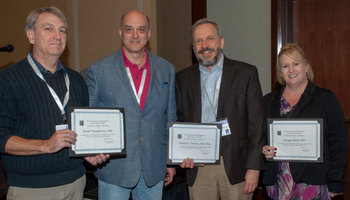 EMGS members played a pivotal role in helping establish into law the Toxic Substances Control Act (TSCA). This law empowers the US EPA to include mutagenicity data in regulatory decisions. Three EMGS members, Drs. Samuel Epstein, W. Gary Flamm, and Lawrence Fishbein, gave expert testimony at Senator Abraham Ribicoff’s hearing on "Chemicals and the Future of Man" in 1971. EMGS President Alexander Hollaender was asked to establish a committee to evaluate the TSCA legislation prior to its final passage. This law has provided protection to U.S. consumers for nearly 30 years and has served as a model for similar legislation throughout the world.

The EMGS Committee 17 paper titled “Environmental Mutagenic Hazards” published in Science in 1975 was an important first "position paper" by EMGS that described the research needs and regulatory responsibility for managing potential mutagenic compounds in the environment. It argued forcefully the importance of identifying potential mutagens before they were introduced into the environment, and it underscored the importance of developing new and better test methods and regulatory procedures for environmental mutagens. This paper had a strong influence in the field of genetic toxicology and pointed the direction for research in this field for many years. The report also echoed loudly in the halls of government and influenced greatly the eventual development of regulatory procedures within the government as well as mutagenicity testing methods within industry.

The establishment of the Environmental Mutagen Information Center (EMIC) at Oak Ridge in 1969 resulted in the first data base in which the literature on environmental mutagenesis was gathered, organized, and made accessible electronically. This data base permitted the field of genetic toxicology to move rapidly in the 1970s and early 1980s to evaluate systematically a variety of test methods and test results.

Consonant with this effort was the GENE-TOX program, established by Drs. Angela Auletta and Michael D. Waters (a past President of EMGS) at the US EPA, which relied heavily on the EMIC data base. It was primarily EMGS members who participated in the GENE-TOX process. This ambitious effort, not undertaken yet to this day by any other scientific discipline or society, was a 10-year process involving 150 scientists who reviewed and critically evaluated every published paper in the field of mutagenesis. This effort culminated in the publication of approximately 40 review articles that established the criteria for methodology, publishable data, and data interpretation for dozens of mutagenicity assays. This effort elevated significantly the quality of research and publications in the field of environmental mutagenesis and set standards that researchers and journal editors follow to this day.

The EMGS also played a central role in the international harmonization of test methods. Many EMGS members have contributed to this ongoing task. This effort has resulted in more uniform test methods, test requirements, and test interpretation across cultural and political boundaries. Consequently, the test data required by regulatory agencies from drug and chemical manufacturing companies is similar around the world. This was not the case prior to these harmonization efforts, in which EMGS has played a prominent role.

Under the initial editorship of Dr. Alexander Hollaender, and later under Dr. Frederick J. de Serres, the EMGS established the book series "Chemical Mutagens: Principles and Methods for Their Detection." This landmark series provided a comprehensive summary of the field of environmental mutagenesis and genetic toxicology for over a decade. There are now many papers that have become classics in the field that were first published in this book series, including the first paper published by Dr. Bruce N. Ames on the Salmonella (Ames) mutagenicity assay in 1970. In 1979, the EMGS began publishing its own journal, first called Environmental Mutagenesis and after 1987 called Environmental and Molecular Mutagenesis, which has flourished under the able leadership of a succession of outstanding editors, including: Drs. Seymour Abrahamson, George R. Hoffmann, Richard J. Albertini, Errol Zeiger, Thomas A. Cebula, and Robert Heflich, and currently the co-editorship of Paul White, Carole Yauk, and Ian Lambert.

From the beginning, EMGS established a variety of outreach programs throughout the world, with the net result that there are now 11 other EMGS organizations around the globe, all under the International Association of Environmental Mutagenesis and Genomics Societies (IAEMGS). The ability of the EMGS to extend the science of environmental mutagenesis worldwide in terms of providing training, regulatory guidance, and fostering scientific collaborations, demonstrates the organizational capacity of the EMGS, which has been sustained for over 30 years.

Copyright 2023 The Environmental Mutagenesis and Genomics Society. All Rights Reserved
All material, files, logos and trademarks within this site are properties of their respective organizations.