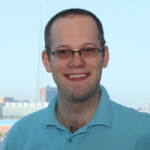 The Editor's Choice for July is a review article entitled “Better Living with Hyper-Mutation” by Myron F. Goodman.

In this review, Dr. Goodman discusses a historical and evolutionary perspective on the benefits of hypermutation and the stringent control mechanisms that regulate their occurrence in bacteria and humans. While mutations in important genes are often deleterious, inducing cell death or promoting cancer development, tightly-controlled hypermutation introduces novel gene alterations that can provide survival benefits. As a prominent example, bacteria rely on translesion synthesis (TLS), driven by the error-prone DNA polymerase V (pol V), to bypass regions of DNA damage that are not repaired in a timely manner. TLS has the dual benefit of mitigating DNA damage and introducing potentially beneficial mutations, but requires prolonged activation of DNA repair proteins to induce pol V transcription, recruitment, and activation. As such, TLS is reserved as a last-ditch effort to repair DNA damage. However, the genetic diversity obtained through TLS mutagenesis enables wild-type bacteria to outcompete pol V deficient strains in competitive assays. In humans, the adaptive immune system relies on somatic hypermutation (SHM) to produce a nearly infinite number of immunoglobulin gene variants. Without this variation from SHM, we would not be able to effectively resist infections and develop immunity. The activation-induced deoxycytidine deaminase (AID) protein initiates SHM by sparingly introducing point mutations throughout the variable regions of the gene. While the biochemical underpinnings for AID function is not as well understood as pol V, the expression of AID occurs only in adaptive immune cells, and the protein’s function is restricted to the immunoglobulin variable region by its interacting partners. Like pol V in bacteria populations, this rigorous regulation of AID ensures that SHM promotes genetic diversity among immune cells.

This accessible introduction to the mechanisms and benefits of hypermutation provides an important historical perspective and is why this article by Myron Goodman, the 2015 EMGS Award Winner, was named the Environmental and Molecular Mutagenesis July 2016 Editor’s Choice article.  Environ. Mol. Mutagen. 00:000-000, 2016. © 2016 Wiley Periodicals, Inc.