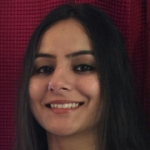 Lead (Pb) toxicity is a significant health problem because Pb exposure indiscriminately impacts nearly all organ systems and can impair metabolic, cognitive and immune functions. Epigenetic alterations, which can regulate gene expression without changes to DNA, serve as an adaptive response to environmental stressors and could help explain these Pb-induced impairments. Several adult chronic diseases are influenced by epigenomic variations introduced by toxic exposures in early-life. While it has recently been observed that perinatal Pb exposure is linked to sex-specific effects on food Intake, fat, weight, and insulin response in mouse models, the underlying mechanism by which this developmental Pb toxicity induces persistent phenotypic change is unknown. Intracisternal A particle (IAP) retroposons have been studied as candidate loci for environmental effects on the epigenome. In the October 2017 issue of Environmental and Molecular Mutagenesis, Luke Montrose and Dana Dolinoy from the University of Michigan and colleague Chris Faulk, at the University of Minnesota report using IAP DNA methylation to assess the epigenetic impact of perinatal Pb toxicity. Specifically, the authors evaluated fluctuations in IAP methylation patterns following Pb exposure during a critical developmental window from 2 weeks prior to mating through lactation. Interestingly, exposure of mice to human physiologically relevant levels of Pb was linked to a reduction in DNA methylation for four novel individual IAPs—110, 236, 506 and 1259—in a tissue and sex-specific manner. These findings are particularly notable because these Pb effects were measurable 9 months after Pb exposure has ceased. Further, the authors assessed CpGs within individual IAPs affected by Pb using a binding-motif-comparison tool. They observed at least one CpG site within every IAP was contained within the binding motifs for TEAD4, HMGA2 and FUBP1. Of these, HMGA2 is linked to metabolic-associated diseases.

Developmental Pb exposure –commonly via maternal transfer following ingestion of Pb-based paint or contaminated water-- is a relevant public health concern. Because this study shows that perinatal Pb exposure induces epigenetic modifications and sheds light on potential developmental origins of disease, it was selected as the “Editor’s Choice” for the October issue of Environmental and Molecular Mutagenesis.  Environ. Mol. Mutagen. 58: 540-550, 2017. © 2017 Wiley Periodicals, Inc.