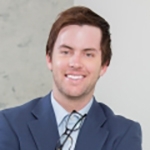 We are very pleased to announce that we have three superb candidates running for election to serve as Chair and Co-chair of the New Tech SIG!  As according to the SIG’s SOP, the two candidates with the highest and second highest number of votes will become the new Chair and Co-Chair.  Please take a few moments to read their bios and cast your vote!  Voting will take place from Tuesday, October 30 through Friday, November 9th.

Thank you and best regards,

Dr. Renato Cardoso is a Diplomate of the American Board of Toxicology (DABT) with over 20 years of experience in the field of genetic toxicology. He acquired his MSc in Cytogenetics and Mutagenesis from the University of Sao Paulo, Brazil, studying cytogenetic alterations in human populations exposed to ionizing radiation. After that, he obtained his PhD in Genetics, where he used microarrays in 3D thymus culture samples to identify gene expression signatures correlated to DNA repair. During his post-doctoral research at Dr. Razq Hakem`s Laboratory  at the Ontario Cancer Institute, he generated knock-out mice for genes involved in DNA repair and genomic stability maintenance. He transitioned to industry as a leading scientist for genetic toxicology and assay development at Nucro-Technics, where he was later promoted to Director of Genetic Toxicology.  During this time, he applied artificial intelligence to identify biomarkers and created a hepatotoxicity and a drug potency assay accepted by FDA. Dr. Cardoso joined Charles River Laboratories as Scientific Director and focused on the integration of new technologies to develop assays with human metabolic competent organ-on-chip and organoids. As a geneticist and a toxicologist working in the pharmaceutical industry, he has been responsible for designing, monitoring, and interpretation of GLP studies to support the development and approval of drug candidates (IND, BLAs and NDAs) in various therapeutic areas. Dr. Cardoso is an active member of the Society of Toxicology, EMGS and of the Genetic Toxicology Association. He was included in the external Scientific Experts Database of Health Canada for the expert advice and recommendation on nonclinical and toxicology data.  He has also worked as a volunteer scientific reviewer for the Canadian Institute of Health Research, National Research Council and several journals (eg.: Mutation Research, EMM, Plos, etc). Dr. Cardoso is involved on scientific workgroups as CDISC genetic toxicology core team preparing the SEND templates for submission of genetox data and the HESI Genetic Toxicology Technical Committee.  His commitment to research is demonstrated by numerous scientific articles published in influential journals (eg.: Journal of Experimental Medicine, Plos Genetics, Cancer Research, JBC, etc).

Dr. Luoping Zhang is an Adjunct Professor of Toxicology in the Division of Environmental Health Sciences, School of Public Health at the University of California, Berkeley where she has been employed since 1992. She received her PhD in Biochemical Toxicology at Simon Fraser University, British Columbia, Canada in 1993. For the past 25 years, her research at Berkeley has focused on understanding the molecular mechanisms of carcinogenesis and toxicity caused by human exposures to arsenic, benzene, formaldehyde, tricholoroethylene and many other toxic chemicals in the environment. In order to explore and identify disease-related mechanisms associated with these chemical exposures, Dr. Zhang and her research team have developed and continue to employ many high-throughput technologies, such as the innovative OctoChrome FISH device for a chromosome-wide aneuploidy study (CWAS) and array-based toxicogenomic and epigenomic tools in their molecular epidemiological studies. Most recently, Dr. Zhang is applying CRISPR technology to investigate these chemical exposures induced toxic effects and the underlying mechanisms. Dr. Zhang has been appointed by California Governor Brown as a member of Carcinogen Identification Committee since 2012. She has also served as a member on various committees for Institute of Medicine at the National Academies, the US EPA and IARC. Dr. Zhang has been an active member of EMGS since 2001 and also served on the Board of Editors for Environmental and Molecular Mutagenesis – the EMGS Journal since 2012. Over the years, she has proposed, organized and chaired multiple EMGS symposiums. 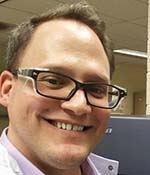 Dan Roberts recently joined Charles River as Principal Scientist, Genetic Toxicology, at the site in Skokie, Illinois. He received his MS in Biotechnology from Johns Hopkins University and is a PhD Candidate in the toxicology department at Rutgers University. Mr. Roberts has 14 years of experience in applied genetic toxicity testing and began his career at Litron Laboratories as a Study Director specializing in flow cytometric techniques. He also spent 4 years as a Senior Research Associate at Covance during which time his research projects included rat in vivo pig-a mutation assay development (stages I to IV), ex vivo human lymphocyte mitotic index by flow cytometry, as well as rat bone marrow TNCC and cell differentiation by flow. Following that, Mr. Roberts designed and conducted in vivo and in vitro genetic toxicity assays as a research scientist at Bristol-Myers Squibb Company, and then as Principal Scientist of Genetic Toxicology at iuvo BioScience. He is also former Chairman of the Board of Directors, Genetic Toxicology Association (2016), and is a subgroup co-leader of the ILSI-HESI’s GTTC Mode of Action (MOA) Workgroup (WG). Considering his work in the MOA WG and background in flow cytometry, Mr. Roberts is always open to leveraging existing technology for new applications, or new technology to enhance current genetic toxicity assays, with a focus of making them higher throughput with multiplexed output.

When you feel you are ready to cast your vote, click below!

We are very pleased to announce that we have three superb candidates running for election to serve as Chair and Co-chair of the New Tech SIG!
2019 Meeting New Technologies Topics Vote

Don't forget to register for and attend the New Technologies Special Interest Group meeting, September 15, 7:00 AM-8:30 AM.