In this luncheon, sponsored by the UNC-Chapel Hill and Research Triangle Park chapters of Sigma Xi, students and new investigators will learn best strategies for communicating science to a larger, more public audience.

Fenella Saunders, executive editor of American Scientist magazine (published by Sigma Xi, The Scientific Research Honor Society, headquartered in RTP, NC) will discuss techniques that scientists can use to break out of research-paper mode and tell stories about their discoveries in ways that engage the public.

Brian Malow will follow with "A Science Comedian's Guide to Communicating Science:” If you drew a Venn Diagram featuring the two sets "science" and "comedy," you might not expect to find much at their intersection. But Brian Malow draws on two decades as a stand-up comedian to help scientists communicate better with general audiences. In a presentation that promises to both amuse and educate, Brian will offer advice on a range of topics including stage presence, connecting with audiences, using analogies, and abusing PowerPoint.

Come prepared with your elevator pitch or favorite analogy for explaining a scientific concept, from your research or elsewhere. The speakers will select a few at random and will lead a lively, interactive audience discussion about what works or how to improve them. 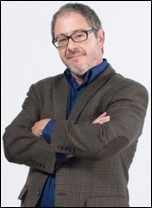 In addition to performing and giving science communication talks for NSF, AAAS, NASA, NIST, ACS, Apple, Dell, Microsoft and others, Brian Malow has produced science videos for Time Magazine and audio pieces for Neil deGrasse Tyson’s radio show. He has blogged for Scientific American and worked in science communications at the North Carolina Museum of Natural Sciences. Brian co-hosted programs on The Weather Channel, appeared on The Late Late Show with Craig Ferguson, and has been featured in the New York Times, the Washington Post, the San Francisco Chronicle, and Nature and Science magazines. 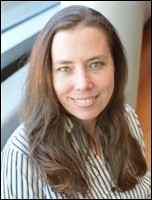 Fenella Saunders is executive editor of American Scientist, the magazine of Sigma Xi, The Scientific Research Honor Society, where she has been on staff since 2005. She spent eight years at Discover magazine, where she was an associate editor and online editor. A coauthor of Popular Science's Space 2100: To Mars and Beyond in the Century to Come (Time Inc., 2003), she has also written for Popular Mechanics, Scholastic, The Learning Channel, The Discovery Channel, and NYU Physician. She received an A.B. degree in computer science from Duke University and a Master's degree in psychology and animal behavior from Hunter College of the City University of New York.