Maintaining Genomic Integrity in the Face of Environmental Insult

Flint Water Whistleblower to S.A. Audience "Thousands of Flints Out There"

The Flint Michigan Water Crisis:
A Failure of Government at All Levels Reveals
What a new Dark Age Would Look Like 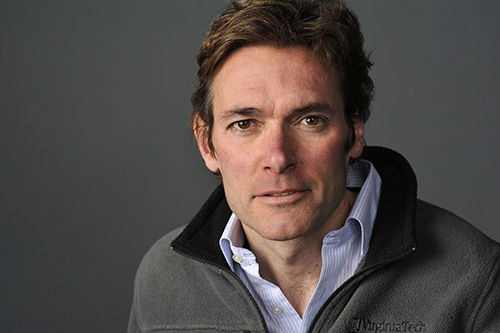 Marc Edwards is a University Distinguished Professor of Civil Engineering at Virginia Tech, where he teaches courses in environmental engineering, applied aquatic chemistry and engineering ethics. His research group conducted the investigative science uncovering the 2001-2004 D.C. Lead Crisis and the 2014-2016 Flint Water Disaster. Time Magazine dubbed Edwards “The Plumbing Professor” in 2004, listing him amongst the 4 most important “Innovators” in water from around the world. The White House awarded him a Presidential Faculty Fellowship in 1996, he won a MacArthur Fellowship in 2007, and in 2013 Edwards’ was the 9th recipient (in a quarter century) of the IEEE Barus Award for “courageously defending the public interest at great personal risk.” In 2016 he was named amongst TIME Magazine’s 100 Most Influential people in the World, the World’s 50 Greatest Leaders by Fortune Magazine, Politico Magazine’s Top 50 Visionaries who have transformed American politics, Foreign Policy Magazines 100 World’s Greatest Thinkers, and was short-listed amongst Flint whistleblowers as Time person(s) of the year. He was co-recipient of the inaugural 2017 MIT Disobedience Award, and received the 2018 AAAS Scientific Freedom and Responsibility award.