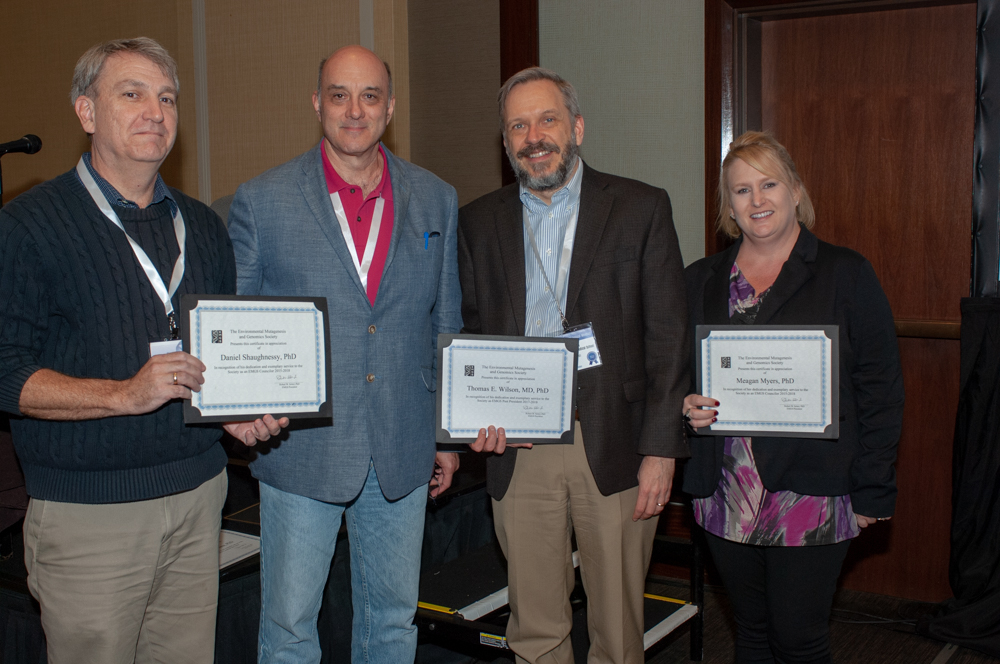 The Environmental Mutagenesis and Genomics Society gives three special awards at the Annual Meeting: The Annual EMGS Award, The Alexander Hollaender Award, and the EMGS Service Award in addition a variety of other awards listed below.

As part of new security procedures, many visa applications are being sent to the State Department in Washington, D.C. for review by a variety of federal agencies. Due to the number of visas being processed and the heightened security concerns, this review can take as long as six to eight weeks, or longer, depending on the applicant's country of origin. Therefore, we encourage scientists intending to come to the United States to apply for their visa as early as possible and to pay attention to U.S. State Department guidance on this matter. The National Academies has a very useful website containing this information. The most frequent reason that visitor visas are denied is because the applicant was unable to provide enough evidence, in the opinion of the consular officer, that he or she was not intending to immigrate to the United States (per Section 214(b) of the Immigration and Nationality Act). Therefore, we encourage you to pay particular attention to State Department advice on how to deal with this type of denial.