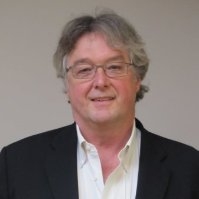 Dieter C. Gruenert, an active member of EMGS, passed away suddenly on Sunday, April 10. Dieter was a Professor in the Department of Otolaryngology-Head and Neck Surgery. He had long and prestigious career. He received his PhD in Biophysics from University of California, Berkeley in 1982, working with James Cleaver, with whom he maintained a long friendship and collaboration. Dieter was a postdoctoral fellow in the laboratory of Peter Cerutti at the Swiss Institute for Experimental Cancer Research in Lausanne, Switzerland. In 1986, he joined the faculty at University of California, San Francisco (UCSF). There he developed many of the human cystic fibrosis (CF) and nonCF airway epithelial cell lines used in airway disease research throughout the world. In 2000, he was appointed as a Professor of Medicine and Director of the Division of Human Molecular Genetics at the University of Vermont. He returned to San Francisco in 2003 to develop and head a Stem Cell Research Program at the California Pacific Medical Center Research Institute. In 2010, Dieter rejoined UCSF with the goal of developing a regenerative medicine program.

Dieter was internationally renowned, publishing more than 150 publications and holding five patents. He served on review panels for numerous national and international agencies. He was the recipient of Visiting Professorships in Paris and in Rome, and had an appointment to the Commission for the National Agency for Evaluation of Candidates of Professor and Associate Professor for the Italian Ministry for Education, Universities, and Research in Italy.

Dieter had become a regular at EMGS meetings over the last few years, taking an active role in its governance. For example, he served as the Chair of the Awards and Honors Committee.

Dieter was always generous with his time and will be missed by his many friends and colleagues in EMGS.

Dieter leaves behind a wife, Carole and three sons, Aaron, Jordan, and Luke.