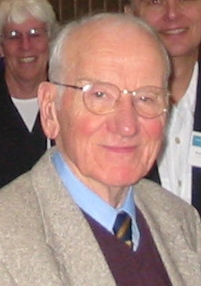 James F. Crow, one of the founding members of the EMGS, lived to be 95 and was one of the giants in the world in the field of population genetics. He spent the last 50 years of his career at the University of Wisconsin at Madison. As a charter member of EMGS, Dr. Crow came to the Society while serving on the genetics committee established by the National Academy of Sciences to assess mutational damage in individuals exposed to radiation from the atomic weapons dropped on Hiroshima and Nagasaki. In this capacity, he provided direction and guidance on the potential of ionizing radiation to induce germ-cell mutations in humans, and he helped influence the decision to ban above-ground testing of nuclear bombs in the US and other countries. 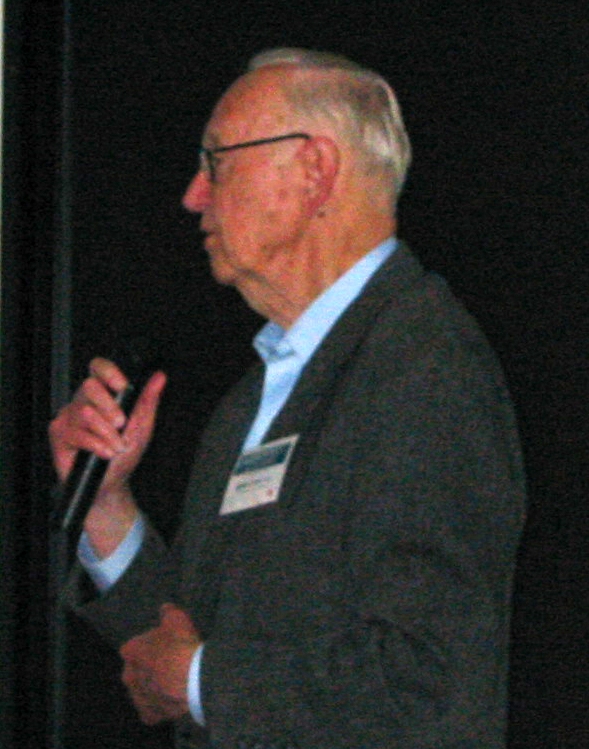 He also chaired another Academy committee in the 1990s that helped legitimize the use of DNA testing by the courts. He received the EMGS Award in 1988. As the first Editor-in-Chief of Environmental Mutagenesis (now Environmental and Molecular Mutagenesis), Dr. Seymour Abrahamson noted, “When the National Academy of Sciences wanted an exemplary report lucidly written and completed on time, it always called on Jim to chair it.” In 2004, Dr. Crow was a key member of the Society’s Germ-Cell workshop held at the Jackson Lab in Bar Harbor, Maine, and a photo of him at this workshop is shown on the right. Dr. Crow was a gentleman, an outstanding scientist and mentor, and a major figure in genetics; EMGS was all the richer for his involvement and commitment to environmental mutagenesis.