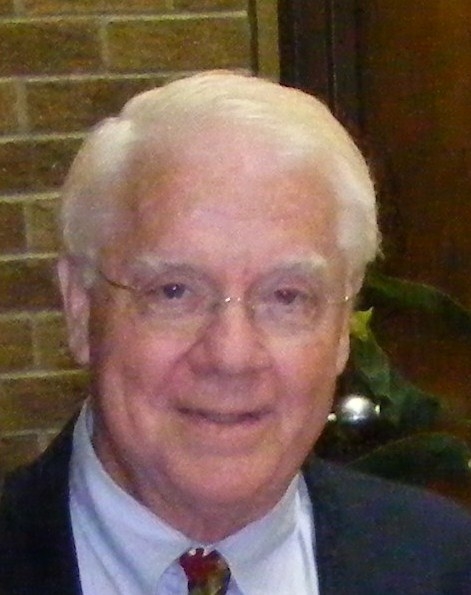 John Stanley Wassom of Rockwood completed the final chapter of his life story on February 21, 2010, at 68 years of age. His enjoyment of life, laughter, and people will be sorely missed by his large extended family and his wide circle of friends and colleagues. He was a great lover of reading and collector of books, especially those on science and the Civil War.

John was born in Spring City on May 1, 1941, as the son of the late Jesse and Hazel Wassom and remained a lifelong resident of East Tennessee. In grammar school, he developed a keen interest in science. He graduated from Spring City High School in 1959 and received the Bachelor of Science degree in biological sciences from Tennessee Technological University in 1963. He later completed graduate courses in genetics at the University of Tennessee School of Biomedical Sciences at the Department of Energy’s Oak Ridge National Laboratory. After college graduation, he served in the U.S. Army Chemical Corps from 1963 to 1965.

John was a scientist and administrator for more than 38 years at ORNL, where his work included genetic toxicology, mammalian genetics, and computational chemistry. He was director of the Environmental Mutagen and Teratogen Information Centers (EMIC and ETIC) supported by the National Institutes of Health. The EMIC group was instrumental in developing GENE-TOX, the Environmental Protection Agency’s most critically reviewed and evaluated toxicology database that contained genetic test results on more than 3,000 chemicals. John was a founding member of the Environmental Mutagenesis and Genomics Society (EMGS) and originator of DOE’s Low-Dose Radiation Research Program website and the Human Genome News. HGN was distributed worldwide and later expanded to a public technical communication and educational support website for the Human Genome Program. After retirement from ORNL in 2003, John joined the staff of YAHSGS and, later, Summitec Corporation.

John was highly respected by colleagues all over the world for his expertise in genetic toxicology and his visionary approaches to bioinformation management, and most especially, for the environmental toxicology information services he and his staff provided to the genetic toxicology community. He and his staff received the Environmental Mutagenesis and Genomics Society's Alexander Hollaender Award for contributions made to the field of genetic toxicology and to the goals and mission of the Society and participated in 104 peer-reviewed publications. His interest in and concern about environmental chemicals, combined with his vision for the rapid dissemination of information to researchers and health professionals, was recognized as an early leader in modern information science. He served on the editorial board of Mutation Research from 1976 to 1980 and on its board of managing editors from 1981 to 2000. John also served on a number of working groups, including those appointed by the International Agency for Research on Cancer from 1972 to 1985 and the International Committee for Protection Against Environmental Mutagens and Carcinogens from 1972 to 1986.

His colleagues at EMIC and ETIC and within the EMGS and birth defects scientific communities dearly loved John for his humility and kindness, as well as his wit and humor. He recently exhibited these qualities in an invited talk at the EMGS 40th Annual Meeting in St. Louis, Missouri, where he described for the audience of distinguished scientists the beginnings of EMGS and told anecdotes about his famous mentor, Dr. Alexander Hollaender, EMGS founder and early director of ORNL.

John was also active within his community, where he and his wife, Judy Owings Wassom, participated in the beautification of Rockwood and helped to organize and host annual tours of the city’s historic homes through Rockwood 2000. These tours included reenactments of events from the Civil War, during which John enjoyed portraying Union General John T. Wilder, who settled in East Tennessee after the war. Wilder was the founders of Rockwood and the Roane Iron Company. John served on the Rockwood Housing Authority Board for 30 years and as chairman of the Rockwood Industrial Board for many years. He took office as Rockwood City Councilman in July 2009 and served on the Rockwood Electric Utility Board and the Airport Steering Committee.

Although he will be remembered for substantial contributions to his scientific field, his most valued contribution has been as a loving husband to Judy, father to Zoe’, father-in-law to J.J., and grandfather to Jarrod, Joshua, Jackson, and Zoe’-Kate. He has loved and cared for every member of the Owings family as his own from the time he and Judy married and they have loved him as a son and brother. He has been their rock of strength and support through the years of joyous celebrations and deep tragedies. He has been our life coach and encourager helping us to find something to be grateful for and to laugh about regardless of the situation and celebrating our accomplishments, while rarely sharing his own. He was an active member of Rockwood United Methodist Church and he lived his faith daily.

He was preceded in death by his parents Jesse and Hazel Wassom and brother General Herbert Wassom. He is survived by his wife of 46 years, Judy Wassom; his daughter Zoe’ and son-in-law J.J. Neerman; grandchildren, Jarrod, Joshua, Jackson, and Zoe’-Kate Neerman all of Rockwood, TN; sister, Jackie and husband Don Hill of Chattanooga, TN; and many extended family members.

John Stanley Wassom will be remembered for his wisdom, compassion, humor, and unconditional love for family, friends, and colleagues.

If you have any photos you would like to contribute to this page, please send them to the EMGS Webmaster.