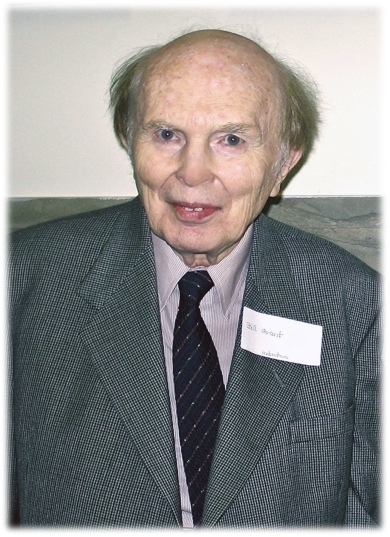 William Frederick Grant, Emeritus Professor of McGill University, Plant Science, Genetics, established the Genetics lab at the Macdonald College Campus in 1956 since when he has been active in cytogenetic research—the study of inheritance in relation to the structure and function of chromosomes—in particular, the study of higher plants as a means of detecting and monitoring atmospheric mutagens responsible for cancer, leukaemia, infant mortality and genetic injury in humans—for which he has won wide acclaim.

In 2000, McMaster University awarded him an honorary degree of Doctor of Science for his outstanding contributions in “plant cytogenetics, biosystematics and mutagenesis.”

Bill died October 6, 2011, of congestive heart failure while in long-term care at the Montreal Chest Institute.